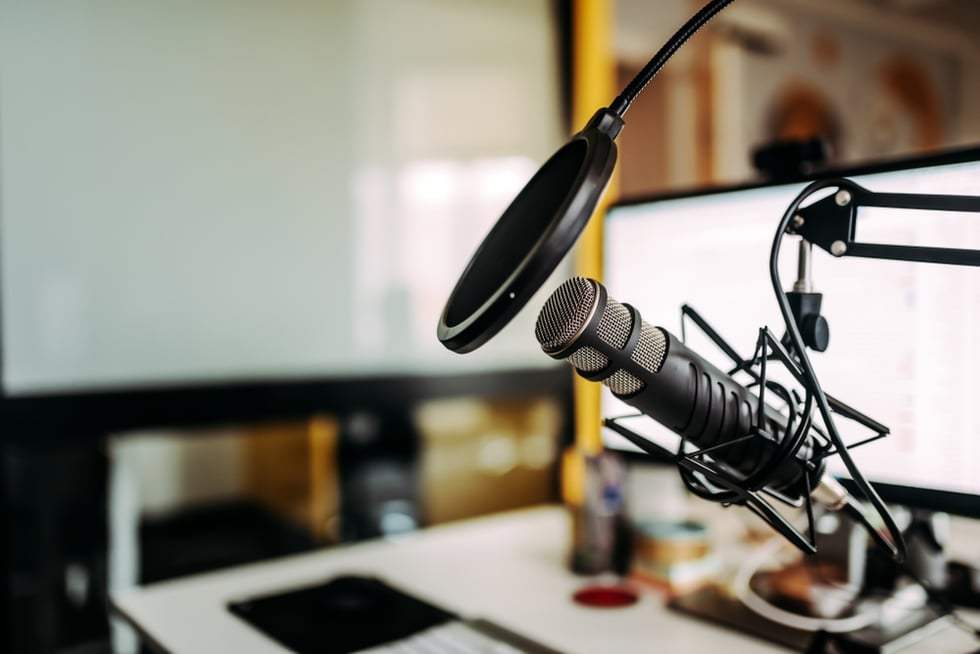 We all know that Google is constantly trying to improve user experience, especially with Search. Last week, Google shared that it would be making an improvement that I personally am really excited about. Google is now pulling podcasts into our SERPs (Search Engine Results Pages) if queries match what is being talked about in the podcast. Meaning Google is indexing audio, not just transcript, which is a big deal.

Google explains, “We’ll surface these episodes based on Google’s understanding of what’s being talked about on a podcast, so you can find even more relevant information about a topic in audio form."

Here is what to know about this new update:

How were podcasts previously indexed?

Originally Google did not have the capabilities to index Podcasts based on spoken words. In fact, in 2017 Google was just getting started with pulling podcasts into search queries with the roll out of rich results for podcasts. Google reported at the time "you can enable your podcast to appear in Google Search results along with individual episode descriptions and an embedded player for each.” In other words, Google was indexing podcasts based on their titles or meta-descriptions alone.

The idea of Google being able to parse through audio was still a distant ambition — until now.

What is indexing spoken words?

It really is just what it sounds like. Google is now indexing podcasts on titles, meta-descriptions, and spoken words, meaning Google can now parse verbal content, going beyond titles and metas to bring users the most relevant content.

Here is an example given by Google:

It seems users will need to use the word “podcast” in their search query to have podcasts pop up in search results. All examples used by Google (that I have been able to find) use the word podcast in their query. I also tested this theory out in my own personal search queries.

This is a huge improvement and makes the way podcasts are indexed more in line with the rigorous way traditional written content is indexed.

Traditional content needs to establish itself as credible, engaging, and topical — on top of having a title and meta-description that embrace best practices. Now podcasts are being held to the same standard.

The Verge reported that Google will take certain signals into account when determining what shows to surface first, such as how many people listen to a show or whether the show comes from a publisher that has "a lot of authority." Google is also aware of spam.

According to The Verge, "Zach Reneau-Wedeen [founder and head of product for Google Podcasts] says the team is thinking about how search terms could be abused and is going to rely on Google’s web spam team to detect when people are trying to game the algorithm." Reneau-Wedeen continues: “As podcasts become more ubiquitous, as more people try them out, there will be similar efforts to game the system, and that’s something that we’ll have to deal with.”

The Verge's Ashley Carman reports that "the podcast team will rely on the Google search team to help surface authentic, authoritative podcast episodes if misinformation ends up becoming an issue for the podcast searches."

Not only will this create a better experience for users, but it also allows podcasts to be discovered. Now that spoken words are being indexed, podcasts are more likely to be pulled into searches, which is providing more exposure than ever before.

“Our team’s mission is to help double the amount of podcast listening in the world over the next couple years,” says Reneau-Wedeen.

For marketers this means a few things. If you have a podcast you may see it gain some more traction with this update, so long as you are sprinkling in keywords into your script. We've already reported on the incredible growth of podcasts of late.

If you don’t already have a Podcast, now might be the time to get one up and running. If the mission of Google Podcasts is to double listeners in just two years, I would be taking podcasting as seriously as creating video content.

This change will benefit podcasters, listeners, and Google users by making relevant content of various mediums readily available to people.

We don’t think Google will stop here, either. Glenn Gabe, president of G-Squared Interactive,  is speculating that Google will put out a carousel to showcase popular podcasts on the web. While Google has yet to address these speculations, we promise to share updates as they come in!

Google's May 2021 algorithm update is a very, very big deal

Getting the most out of your B2B podcast Ft. Lindsay Tjepkema of Casted (Inbound Success, Ep. 179)

How to get measurable ROI from your podcast ft. Jay Wong of Podcast Your Brand (Inbound Success, Ep. 166)

Why authenticity is the key to the success of the Hacker Valley Studio podcast ft. Chris Cochran (Inbound Success, Ep. 149)

Podcasts to be eligible for Pulitzer Prizes in 2020