Dirty Twitter Stream? Clean it Up With These Tools 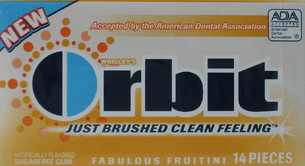 Out with the old and in with the new.

Spring cleaning means more than just dusting over the surface of things. If you want to see a noticeable difference, you can't be afraid of getting your hands a little dirty.

You know those messy Trello boards, and that unruly email inbox of yours?  It's time to finally stop putting off the impending purge. Archive the old content, delete the unnecessary, and sweep up the crumbs.

As for that Twitter feed of yours, roll up your sleeves. This will require a little elbow grease, but trust me, you'll thank me when we're done here.

How We Got Here

Twitter is changing all the time, which means that the damage done to your feed is variable depending on when you acquired your account. For early-adopters, you may find that you've got a bit of a bigger mess on your hands. Why? Simply put, we didn't know then what we know now.

I mean, check out some of these noteworthy first tweets:

While we commend her on her early adoption, Oprah clearly thought Twitter was for shouting.

When Ellen joined, the age-old Twit vs. Tweet debate was still up in the air. (Spoiler alert, Ellen - it's Tweet)

Heck, Neil Patrick Harris couldn't even manage to cap his tweets at 140 characters yet.

Point being, we probably followed people back just because we felt like we had to, we filled our following list with corny parody accounts, we took on our fair share of spam, and now we have to deal with the damage.

For those of you who are newer to Twitter, I hope you've learned from our mistakes by now. Twitter isn't about following everyone and their mother, but rather it's about following people that add value. People that contribute to the conversation, spark new ideas, share really remarkable stuff, and perhaps most importantly, people that do more than just listen.

No matter how long you've been hanging around the Twittersphere, it's likely that we can all benefit from cutting some of the ties that bind us. You know, the space-fillers, the inactives, and the accounts that don't even speak the same language as you (literally and figuratively.) It's time.

But seriously, we've found that having a more targeted, intentional list of people to follow is far more important than one upping the next guy in the numbers game. Not only is it easier to extract value, but wouldn't you agree that we already have to deal with enough unsolicited advertisements and information through out the day?

You have control over your who you follow on Twitter, so exercise it. If the content put forth by certain accounts in your stream isn't relevant to you or your audience, nip it in the bud. If you're following a brand or business that pushes out nothing but robotic automated messages, get rid of them before their stale approach wears off on you.

The more build up we have to work through to pull out something that resonates translates to time wasted.

How to Filter Through It

Whether you have 50,000 followers or 50, weeding out the accounts that don't bring anything to the table might sound like a task you simply don't have time for. I mean, who seriously has time to click through each account on their list and pick and choose who to keep and who to shave?

Luckily, there's a way around this little time dispute.

The following two tools are designed to take the guesswork out of turning up inessential accounts:

Fakefollowers is a free web app from Social Bakers that serves as the perfect accomplice when deciding whether or not an account stays or goes. Essentially what the app does is allow users to plug in a Twitter handle that when submitted will be rated to determine whether the account is real, suspicious, or inactive.

It's as easy as that. If the account is inactive, don't hold on to it. If it's suspicious, take a closer look. If it's real, ask yourself: does this account provide value?

While fakefollower takes a really surface-level approach to filtering through accounts, ManageFlitter allows users to sift through their entire follower list at once.

Through the implementation of categories like: Not Following Back, No Profile Image, Non-English, Quiet/Talkative, and Following Ratio.

These specific divisions make it easy to visualize who is valuable and who isn't. For example, the 'No Profile Image' filter serves as a fool-proof way to extract the eggheads, because honestly, if someone doesn't even have a Twitter picture, they're probably not worth following.

Additionally, the 'Influence' filter helps users to identify which accounts that they follow are making a big impact. Often times, these are your industry thought leaders, and you'll want to look closely at them to help you determine what type of accounts you want to follow in the future.

How to Reevaluate Your Choices

Now doesn't that feel good? A nice, neat list of followers that actually mean something.

Look at all the room you've cleared up in your Twitter stream for the type of content, conversations, and insight that actually matters.

While we're still on the subject here, I've got an idea. Why wait until next Spring to do this again?

By periodically sifting through our list of followers every so often, we can eliminate the need for a full out purge. In fact, by asking ourselves simple questions like "why am I choosing to follow this person?" or "how will I benefit from their posts?" prior to hitting the follow button can help to minimize these problems in the future.

After all, when it comes to Twitter, it's okay to be picky.