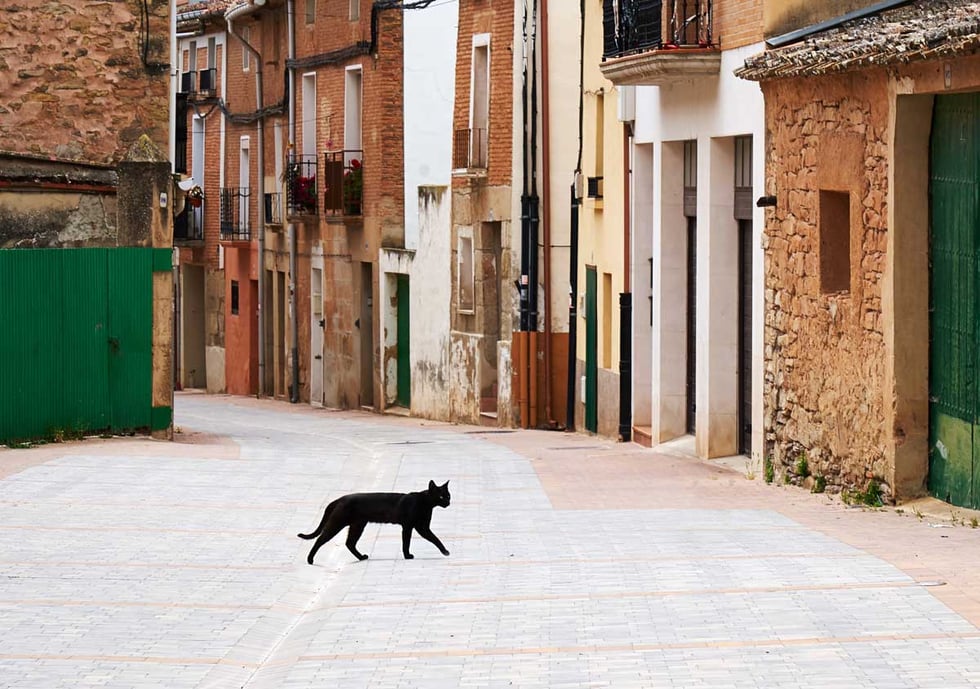 Triskaidekaphobia. That’s the fear of the number 13 and it’s part of the reason why today is one of the most superstitious days of the year — especially in a year that has been as challenging as 2020.

Superstitions are funny things. Though often inexplicable, a set of experiments by the University of Cologne in 2011 found that they can help boost performance for many people and much of society also accepts them as norms.

Superstitious behavior is all around us. For instance, some 80% of high-rise buildings around the world lack a 13th floor.

Many people live their lives and run their businesses by these little rules, and like languages and cuisine, they can vary greatly from culture to culture.

Thanks to technology, we live in a global marketplace where having international customers (or even employees) and attending global conferences is the norm.

Plus, with studies showing that companies with more inclusive workforces being 120% more likely to hit their financial goals and be more productive, diverse and inclusive hiring has become a greater focus even domestically.

We can do business with people from several different cultures in a single day, so, it’s important to know and understand different beliefs and superstitions to avoid offending someone or losing a valuable business opportunity.

That being said, in honor of Friday the 13th, I did a little research into international business superstitions and how they come in handy in a more diverse global market. (Knock on wood.)

1. Brazil: Keep your purse or wallet off the ground

If you ever find yourself  jetting off for a business meeting in San Paolo or Rio, be sure not to place or accidentally drop your wallet or purse on the floor/ground.

Many believe this is bad luck and will make you poor. Similar superstitions are common throughout South America as well as in China and the Philippines.

2. Russia: Never shake hands over the threshold of a door

Famed American talent agent, Irving Paul lazar once said he never made contracts with his clients, “just a handshake is enough” and this idea is not unique to him.

In North America, handshakes are a common (and even expected) practice in business, but in Russia, among other places, they are not taken as lightly.

In Russia, shaking hands over the threshold of a door brings misfortune and is considered a grave insult to those you are meeting.

To avoid any negativity when traveling for business in Russia, don’t let things get out of hand. Make sure that you are safely in the office, conference room, etc. before going in for the shake.

According to Mashable, the number four is considered extremely unlucky in China  as the pronunciation of the word is nearly identical to that of the word for “death.” So, maybe skip the four o’clock meetings and wake up early for an eight am. Eight is considered a very favorable number.

In a country that enjoys a good drink as much as Germany, toasting with water won't just make you look a little strange, it's believed to bring about misfortune or even death.

This belief can be traced back to Ancient Greece, but you can learn more about that here.

5. Spain: Start off on the right foot (Literally)

Another interesting superstition from Spain says that it is bad luck to enter a room with your left foot first. If you’re ever in the country for business, watch your step as you walk into your next meeting.

Now, in France during the Middle Ages, bakers are said to have reserved upside down bread for an executioner.

Due to this ancient practice, many in France today believe that placing bread upside down on a table will bring them poverty and hunger -- definitely, not the message you want to send during your next business dinner.

7. Japan: Keep an origami frog in your wallet

According to Business Insider, “The word ‘frog’ in Japanese is ‘kaeru,’ and its homonym is ‘to return.’ Because of this, many Japanese people believe that “having an origami frog in their wallets will help bring good fortune and ‘okane ga kaeru’ or ‘money will return.’"

Heading to Japan anytime soon? Follow the video below to make your own frog before you take off:

At the start of a new journey (i.e. a new business partnership, the purchase of a car, moving into a new house, the start of marriage, etc.), it is considered auspicious in India to crack a coconut against the ground (or another surface) so that it breaks into several pieces.

In Hinduism (India's largest religion), this is a common ritual, praying for the longevity and prosperity of a project.

Not sure what to wear to your business meeting in the Philippines? Throw on that polka dot tie, dress, shirt, socks, whatever!

Filipino superstition says wearing clothes with polka dot patterns is good luck as the round shape is believed to attract wealth and good fortune.

10. Nigeria: Don’t pick money up off the ground

If you’re traveling for business in Nigeria and you drop some spare change or even a few bills, don’t pick it up! According to Nigerian superstition, those who pick money off the ground or floor will be turned to stone.

Like many people, when I'm feeling a little anxious or tired, I sometimes shake my foot or leg -- but I wouldn't dare do that on business in Korea.

According to Korean tradition, shaking your leg will make you lose money.

If you find yourself doing business in Prague in 2020, consider carrying some fish scales in your pocket.

Many believe that they are a symbol of wealth and money that will ensure you never run out of cash. Supposedly this belief comes from their resemblance to silver coins.

13. United Kingdom: Work "rabbits" into the conversation on the first of the month

Well, not any old conversation.

For over 2,000 years, some individuals in the United Kingdom have believed that if the very first thing you say on the first of the month is "rabbit rabbit," you'll have good luck for the rest of it.

Give it a shot!

Fingers crossed for good fortune in 2021

No one knows what 2021 will hold for us, let alone our businesses, but one thing is guaranteed: The world will only get smaller.

Our teams and audiences are only going to get more diverse and learning about cultural norms and superstitions will help you be even better equipped to connect in the coming year.

Until then, I'll be crossing my fingers for you.🤞

11 stunning inclusive marketing examples to inspire you in 2021

Gender equality in the workplace starts with company culture [Infographic]