The Power of Customer Service Through Social Media 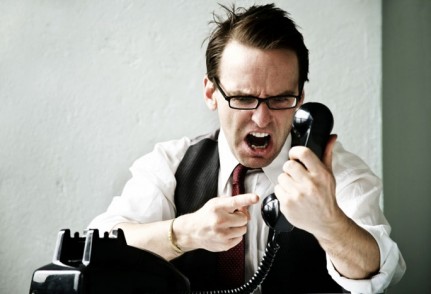 
Your customers are no longer viewing Twitter or social media as just an outlet for engagement and communication but as a means for voicing their concerns.

don't know about you but I hate spending hours on the phone trying to speak with someone to help me. The worst part is that once you actually reach someone, they transfer you to someone else because they don't have the answer. It's a giant circle that doesn't seem to end. According to Nielsen's 2012 Social Media Report, "One in three social media users now prefer social care to contacting a company by phone." I'm actually surprised the number isn't higher.


In the world of inbound marketing, the last stage of the inbound methodology involves delighting your customers and transforming them into promoters of your company. When most people typically think of customer service these five core values come to mind; patience, passion, persistence, desire to improve, credibility and reliability.


However, in today's digital world, customer service is now about giving customers the power to make companies stop. Forcing them to listen and act.


Has your company adapted to the changes? Here are three tips to ensure that you're making the most of social media as a customer service tool.


The Shift in Customer Service


Within the last year or so, you may have noticed that more and more customers are turning to social media to display satisfaction, voice complaints and ask questions. Since social media, has become an outlet for customer service it's important to ensure that you're actively engaging and listening to your audience.


But is someone constantly monitoring any engagement? If not, someone should be. You might even want to dedicate one person or team, whose sole responsibility is customer service.


When he first purchased the tweet, Hasan Syed didn't comment on the price. Below is a current tweet posted by Hasan stating the total price of his promoted tweet. Many are wondering if it was worth it.


Would you purchase a promoted tweet that would be blasted to a targeted group of people? Another question coming to the forefront in my mind is whether or not there's a price for customer service. To many customer service might be seen as priceless.


However, this isn't the first and definitely not the last time that an airline will get caught in the cross fire when it comes to delighting customers and customer service.

Interesting; a disgruntled customer is buying a promoted tweet slamming a brand where they had a bad experience. That's a new trend itself!


One of the best responses to the promoted tweet was by Marty St. George, the Senior Vice-President of Marketing and Commercial at JetBlue. As a marketer, you might be wondering if this will be a new trend is regards to poor customer service.


Social media is best known for effectively executing word-of-mouth marketing. This is just a lesson marketers and customer service reps can learn from. Never let a comment or question go unnoticed. According to Social Media Today, 32% of customers using social media for customer service expect a response in 30 minutes.


Before you let a comment go unnoticed, it's important to note that promoted tweets can be used to target an audience based on keywords, interests, gender, geography, device, and similarity to existing followers. In the big scope of things one promoted tweet could reach an outstanding number of Twitter users.


This has been rocking the social media landscape for a while. You shouldn't make your comments automated. It always seems to get out of hand. Before you know it the wrong auto comment is posted to a comment left by disgruntled or satisfied customer.


Whether the comment was a compliment or they were complaining, the wrong auto-response is like being thrown a curve ball or even being slapped in the face. It's not what they were expecting.


Let's take a step back for a moment. Say you absolutely love XYZ Company, they have awesome customer service and they went above and beyond your expectations to resolve an issue. You decide to leave a comment on their wall, stating how great the experience was and they replied with a statement similar to,


How would you react? It makes that company look like a robot. A company should take pride in it's ability to effectively communicate and further its relationship with customers and followers. It's simple, be human.


Here are some quotes to get you inspired about taking an active role in customer service:


"We see our customers as invited guests to a party, and we are the hosts. It's our job everyday to make every important aspect of the customer experience a little bit better." - Jeff Bezos

"One customer well taken care of could be more valuable than $10,000 worth of advertising." - Jim Rohn

"There are no traffic jams along the extra mile." - Roger Staubach

"Always do more than is required of you." - George Patton


You just received a negative comment on your Twitter feed, what do you do next? This shouldn't be a scenario when your fight or flight response kicks in.


In your head the following questions are probably zooming around; what do I do? Do I ignore it? Delete the comment? A little piece of advice, deleting a negative comment is just as bad sometimes even worse than ignoring a comment. With your audience expecting a response in about 30 minutes, waiting over a day to respond is a quick way to tell them you don't care about their concerns. You want to address the comment as quickly as possible to resolve the problem.


Did you know negative concerns that are quickly resolved, have the potential to go from a poor situation to a good one.