If you have tweens or teenagers in your house, you probably familiar with TikTok — the short-form mobile video platform.

My entire summer so far has been consumed by TikTok videos. On one hand, I'm loving the creativity my daughter has found in the creation of her own videos, but on the other hand, it terrifies me.

But, I'm also a marketer. So when I'm scrolling through her phone making sure no one is trying to lure her into their evil plans of capturing her and selling her to crazy people, I'm also intrigued by this app's business model Keeping an eye on TikTok's growth and direction is exciting!

TikTok is owned by a company called ByteDance, based in China. TikTok was introduced to the states in August of 2018. Prior to that, the ByteDance app was operating in China under the name "Douyin" for two years. It grew to 150 million users in that time. 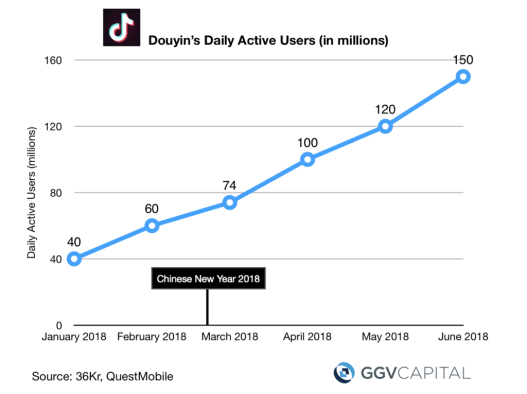 Since its inception under the brand "TikTok," it has grown to 450 million users worldwide, and shows no sign of slowing.

It is an app to keep a close eye on, whether you're a marketer OR a parent!

Will there be a TikTok-based smartphone? If I told this to my kid, she'd scream for joy.

That's not quite what's happening, but close. And this is a sign that this company is a bigger player than many might have thought.

ByteDance recently acquired a company called Smartisan, which develops smartphones. With the help of this acquisition, ByteDance is moving beyond just short-video and news apps.

The company also confirmed Tuesday that it plans on exploring the education business with this acquisition, which would allow it to expand its reach outside of the video-loving teenagers.

In May of last year, the company made its first foray into education with the beta launch of Gogokid, a tutoring platform where Chinese children are taught English online by foreign teachers. At the start of this year ByteDance launched a paid content app called Haohao Xuexi, which literally means “study hard”. The app offers a variety of content covering career advice, parenting, culture, and wealth management — as well as audiobooks.

What does this acquisition mean?

In seven years, ByteDance has risen to become a leading player in China's technology industry, rivaling the likes of Baidu and Tencent Holdings.

The company has hired several people from a London-based startup that specializes in AI-generated music.

With Pandora working on a voice-activated ads platform, it will be interested to follow TikTok over the next several years to see how AI influences how the app evolves and expands, especially for advertisers!

Teens and millennials are moving decisively away from Facebook. As the social media landscape changes, it is essential that businesses and marketers keep an eye on where the crowds are. As this younger demographic enters the workforce and starts driving commerce in a more significant way, brands will need to know how to reach them.