What Craft Breweries Teach Us About "Remarkable" Marketing

The above statement has quickly become one of those industry buzz words that's everywhere. I'll even go as far to say that "remarkable" is to marketers what "that's what she said" is to college undergrads; like it or not, it's sure to come up in just about every conversation.


But to quote one shagadelic man of mystery, "what does it all mean, Basil?"


This past weekend while visiting Connecticut's newest craft brewing company, Two Roads, I realized that there may be no better case study of an industry that gets "remarkable" marketing more than the craft brewing industry. In fact, as I sat there enjoying my beer flight, I even posted a tweet regarding my revelation. Side note, don't ask the bartender if he'll "follow" you. Weird. For everyone.


So if we'd all look a little more closely to the marketing efforts of craft breweries, we'd be much closer to understanding "remarkable" in our quest to achieve it on a daily basis. (Not to mention, our quest for finding the perfect Double IPA.) 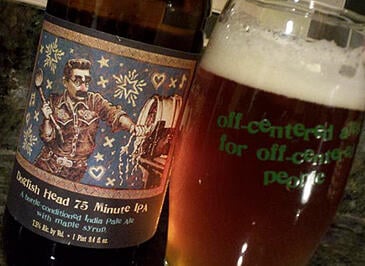 
It's hard to be remarkable when your product or service is pretty standard or, well, unremarkable.


Like Seth Godin says, "market-driven design builds the success of the products marketing into the product itself."


In short; design a product that is freakin' awesome.


For instance, take Dogfish Head Craft Brewed Ales. Located in Delaware, their entire company motto and value proposition is "off-centered ales for off-centered people." Think about that, they're marketing themselves as unique right off the bat. And they certainly have the product to support that claim.


As an IPA connoisseur myself, the market has become flooded with breweries from Boston to Colorado trying to cash in on the traditional pale ale. Dogfish Head decided to go a different route with their IPAs, creating a 3-tiered system in which each is a bit stronger than the last based on the amount of time it's left to brew with the hops.


60 minutes, 90 minutes, and if you're feeling bold (and not driving), 120 minutes. In the Fall of 2012, they even bottled their once exclusive to the brewery only 75 Minute IPA to much acclaim. Their labels are also something to behold, standing out among the many others in the growing craft brew aisles.


And remarkable? Well... instead of your run-of-the-mill dry-hopped IPA, Dogfish Head decided to brew their 75 Minute IPA with maple syrup, providing a smoother, sweeter aftertaste. You know how many other IPAs are brewed with maple syrup? None.


Between Dogfish's exclusivity – it's currently only available in roughly 20 states – and their unique product and marketing, you should consider yourself lucky to find a bottle or two of their specialty ales in stores.


2. Market to a Small Niche 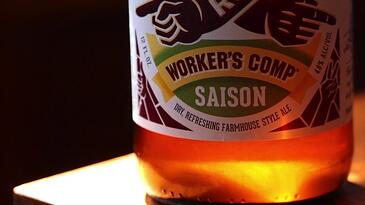 I'd hate to be the one to break it to you, but you may find it difficult breaking into the toilet paper industry right about now.


But what about scented toilet paper designed for porta-potty's to make camp grounds and work sites more pleasurable everywhere?


If you're trying to market to everybody, you're marketing to nobody. What are you going to do differently?


Find a very specific market with a need, and be the #1 solution for it with your product or service.


Take Two Roads Brewing Company as an example. One of their flagship brews is a Saison called Workers Comp, based on farm style ales that were used to compensate belgian farm workers for a days hard work.


Now, if Two Roads had decided to pump out a blonde ale, you know, like 167 other breweries in the United States, what kind of success could the expect from that? You're betting on consumers picking your relatively new, unknown brand over countless others in the beer aisle.


But I'm willing to guess there aren't many other farm style Saisons competing for shelf relevance. Two Roads recognizes this. More importantly, they understand the market. Craft brew consumers are always looking for strange, unique, never-been-done before brews to enjoy and rave about on Beer Advocate. 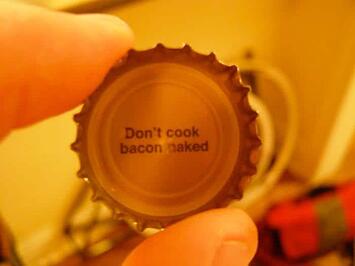 Not many things humanize your brand as well as make it stand out as unique than a good 'ole fashioned chuckle.


Instead, they're looking for something different. Something funny. Something that has the potential to go viral and grab their attention to give something new a try.


Magic Hat Brewing Company thought of the perfect way to keep consumers engaged and coming back to their product. If you've ever had a Magic Hat beer, you'll notice the bottle caps are a conversation piece as they all contain some witty or funny saying. People actually collect these things.


They're unique. Funny. And result in every Magic Hat consumer checking beneath each cap before sipping. Each one of these bottle caps acts as a promotion for the product, as it creates conversation and buzz.


I mean, take the image to the right as an example, who could ever argue against cooking bacon naked?