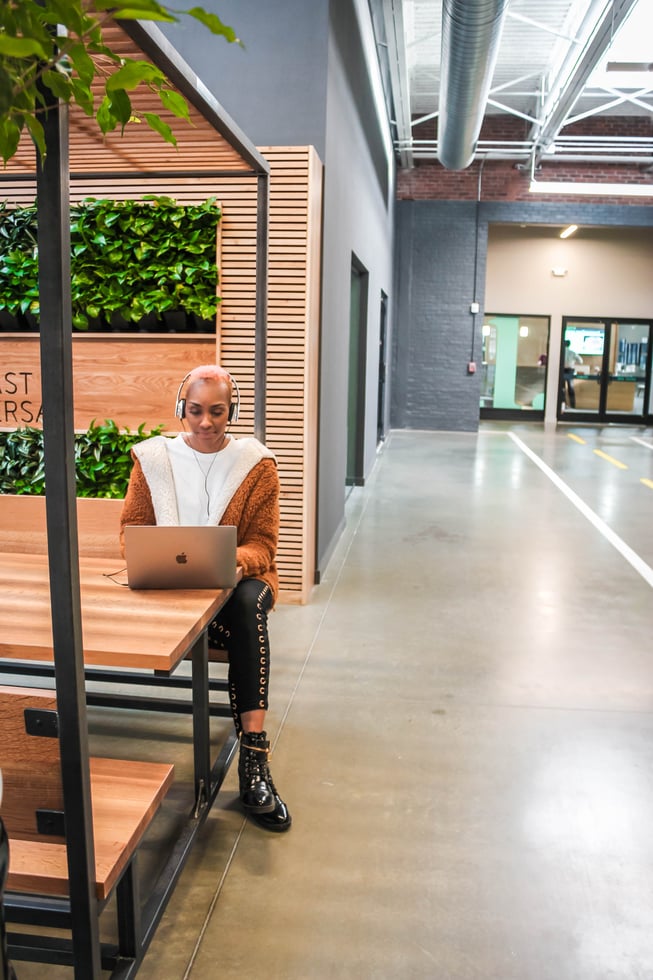 Whether or not we notice it throughout our lives, so many of our experiences are geared towards supporting extroverted people over introverted people.

From my own point of view, as I’m sure with many others, it always seemed like extroverts were praised more, listened to more, and even liked more to some extent.

In her TED talk, "The Power of Introverts," Susan Cain tries to shift our mindsets about introverts, stating that we all need to “appreciate the introvert inside of us.”

Cain starts her talk by telling a story about her experience at summer camp as a child.

Being highly introverted and a self-admitted bookworm, she showed up to camp prepared (and excited) to read through the pile of books she brought with her.

When her camp counselor noticed her preference to read by herself, she told Cain that “we should all work really hard to be outgoing.”

Not wanting to disappoint the camp counselor, she put her books away for the rest of the summer.

Determined to prove that she could be as bold and assertive as an extrovert as she got older, she put her dream of being a writer aside and decided to become a Wall Street lawyer instead.

(Sounds like a perfect fit for an introverted person, right?).

She explains that many introverts feel this need to prove something to themselves and others, even if it means putting themselves in a “zone of stimulation” that isn’t where they’re comfortable.

Cain notes what a shame this is.

She elaborates throughout the rest of her talk about how valuable it is to let introverts be themselves to foster maximum creativity, innovation, leadership, and so much more.

Not only is this a loss for the person, but for their coworkers, neighbors, and overall community as well.

What is an introvert?

I believe that many people (myself included) have a misconception about what makes someone an introvert.

Contrary to popular belief, introversion is different from being shy.

Shyness, Cain explains, is about “fear of social judgement.”

Instead, introversion or extroversion come down to how a person responds to stimulation, especially in social settings.

Introverts tend to thrive in quiet situations, while extroverts crave the opposite, tending to thrive with large amounts of stimulation.

Cain states that “When it comes to creativity and leadership, we need introverts doing what they do best,'' but they can only do this when put in the “zone of stimulation” that is right for them.

Unfortunately, so many of our important institutions are currently designed for extroverts.

The growing popularity of open workplaces, for example, puts more people in an environment of constant stimulation.

With anywhere from a third to a half of the population being made up of introverts, it would make sense for companies to cater to their ideal working situations as well.

At IMPACT, while we have an open workspace, we also have a number of meeting rooms, private phone booths, lounge areas, and the option for our employees to work remotely.

Ideally, this gives our employees the ability to choose the environment where they will be the most productive.

Although introverts are often passed over for leadership positions, Cain references studies proving that introverted leaders often deliver better outcomes than extroverts do.

While introverted leaders are more likely to allow people to take ideas and run with them, extroverted leaders often get so excited about their own ideas they discourage people from introducing additional thoughts.

These are people who are known for being very good at exchanging and advancing ideas, while also having a “serious streak of introversion in them,” according to Cain.

The more freedom and support we give introverts to be themselves, the more likely they are to come up with their own unique solutions to problems.

Culturally, we just haven’t gotten there yet.

What can we do?

Cain has three important calls to action for us. However, before she lists them off in her talk, she calls the audience’s attention to a suitcase that has been on the stage the whole time.

Opening up the suitcase, she reveals all of the books that she brought with her on this particular trip, why she chose them, and why they meant something to her and her journey to where she is today.

These stories guide her into relaying her three points:

Taking these stories and calls to action, think about your own ideal “zone of stimulation,” and whether or not your environments and decisions are setting you up for success.

The more you listen to and follow your own gut feelings, the better the payoff in the end.

How to succeed with introverted leadership [Interview]

I didn't want to write about being a female C-level executive, but here I am

Leadership development: Why we need to develop awareness in ourselves and others

Virtual peer groups vs roundtables vs masterminds: Which is right for you?