16 of the Greatest Tweets About INBOUND 2013 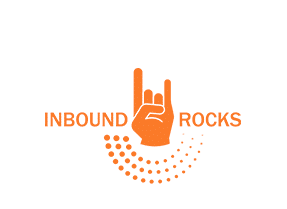 INBOUND is right around the corner.

There are only 10 more days to go. The nineteenth will be here before you know it.

It's the world's largest conference for inbound marketers.

Are you attending the biggest inbound marketing conference of the year?

If so, be sure to chat with many members ofour team. I'm sure it won't be hard to spot us.

There are a number of different reasons why you should consider attending. Besides being able to see OneRepublic, INBOUND allows you to network with other professionals and it provides you with new ideas and inspiration to super charge your marketing efforts.

If you're still not convinced about attending INBOUND, here are 16 of the greatest tweets from members of HubSpot and excited attendees about INBOUND and what you can expect.

The Greatest Tweets about INBOUND 13

1. Who doesn't love Boston? Many consider it the best city.

Well, even if you think that there's a better city out there than Boston, you cannot deny that Boston is the hub of inbound marketing.

If you're still not convinced it could be because ... it's not their first rodeo, world class agencies will be in attendance, there is a ton of marketing graduates, and who could forget about INBOUND.

My favorite line from the article has to be, "The Boston Tea Party is a guerrilla stunt that marketers are still trying to top, Paul Revere practically wrote the book on word-of-mouth marketing, and Sam Adams has built a beverage empire from beyond the grave."

5 Reasons #Boston is the Hub of the Marketing Universe https://t.co/vb1bjIYZzd via @BostInno#INBOUND13 — HubSpot (@HubSpot) August 7, 2013

2. There have been several instances where marketers have compared inbound marketing to craft beer. It's all about being remarkable.

In the spirit of Boston, and for you lovers of craft beer, there is nothing better than hitting up the local breweries in Boston. While you're attending INBOUND feel free to make some room for BEERBOUND.

3. So what do you think Brian Halligan and Dharmesh Shah are going to announce this year?

The team a Blink Jar Media seems to think that they're going to announce that the company purchased the Boston Red Sox.

Will Hub Sox will be successful? I'm too sure what all Bostonians will think.

I have to agree with Jared Broussard, ordering your hot dog through a mobile app would be so much easier. You won't miss a single second of the game.

Mike you bring up a great point about the nightly inbound marketing movies. It could be the 25 days of Inbound. I think you might be on to something.

5. Everyone and anyone wants to attend INBOUND, and with all those great speakers why wouldn't you?

For those of you strained for money, there were a ton of great promotions and offers readily available to you.

Have you checked out Wild Boy lately? If not you should. They were giving away a ticket to inbound and you won't believe how.

All you had to do was tweet them a selfie. I'm not sure if the duck face is over rated. Just let your creative juices flow.

Tweet a #selfie for a chance to go to #inbound13! The crazier, the better. #wildboyfreebie https://t.co/jHgULQSFXk — Wild Boy (@wildboydesign) August 7, 2013

If you haven't already registered for INBOUND13 you will be missing out.

I love this tweet from Joe Chernov. Who wouldn't want to spend a good part of four days networking and interacting with some 5,000+ individuals who all share a passion for inbound marketing? This is a yearly event I wouldn't miss.

Unsure if anyone has heard, but there *might* be a marketing conference coming to Boston in two weeks. #INBOUND13 — Joe Chernov (@jchernov) August 7, 2013

7. I don't know about the rest of you but I dislike awkward wandering, uninspiring speeches, adding another keychain to my collection (that I never use), and not being able to obtain my daily coffee fix and FREE Wi-Fi.

Well my fellow INBOUND attendees that won't be a problem.

If you weren't excited before you should be now. I know all of the IMPACT marketing rockstars are excited to be heading up to Boston.

8. I have asked this question to almost every girl in the office, what should we wear?

You don't want to be that one person wearing jeans and your favorite tee while everyone else is sporting their best suit or even their prom dress. Ok, that might only be applicable to us, but yes that did come up in a conversation.

According to Lynelle Schmidt you should definitely dress to accomidate the uncertain weather of New England, wear a blazer, don't forget to include those fashionable accessories, bring your best concert gear to wear during OneRepublic, remember to wear dress socks (no mismatching or white athletic socks), and sport your HubSpot gear.

Now that you know what to wear stay away from wearing dress socks with a sandals (that is a no, no matter where you go), Leave the Hawaiian shirt for Hawaii, and don't even think about wearing New York Yankees apparel.

After reading that article, I definitely feel better about what I'm going to pack.

9. For all of you single inbound marketers looking for a date, this is definitely an article you need to read.

I'm not guaranteeing that any of these will actually work but feel free to give them a try.

Let me know which ones you're considering.

Looking for a date during #INBOUND13? Check out these awesome pick-up lines: https://t.co/NpLWpO6ozD via @MojoMediaLabs— HubSpot (@HubSpot) August 2, 2013

10. Can you come up with the best Jay Z quote relevant to marketing?

If so, you could have been the lucky person to win a ticket to INBOUND.

Not to long ago, Mike Volpe was giving away a free ticket to the person who tweeted the best Jay-z quote.

That's an interesting and different way to get your fans and audience to engage and interact. You can also which ones are die hard Jay Z fans.

A number tweets contained the line, "I've got 99 problems, but inbound ain't one."

11. With inbound just under two weeks away, it's time to get in the spirit. What better way than with 11 inbound inspired cocktails.

#INBOUND13 is right around the corner! Ready? Here are 11 cocktails to put you in the INBOUND spirit! https://t.co/NFmzCr7hRr via @BostInno — Pamela Vaughan (@pamelump) July 16, 2013

Just think about it. I'm going to refer Christmas again, but it's a yearly event where you get to catch up with other inbound marketing professionals.

How many hugs do you think you're going to get?

Inbound marketers love tee shirts. Don't be afraid to rock yours. If you don't have any swag, consider wearing one of HubSpot's shirts.

You cannot go wrong with a shirt that says:

Don't be a afraid to showcase your personality in your tweet and within the video you've included. It's a great way to promote your personal discount code to your fans.

15. This guide will definitely come in handy, especially since one-third and one-half of the people in the world are introverts.

As a fellow introvert, I loved that Dharmesh took the time to tell us introverts how we can get the most from attending a conference.

If you're an introvert, be sure to check out this article before heading to inbound.

An Introvert's Guide To Getting The Most From A Conference https://t.co/VzqVZ6FBYH via @Dharmesh #INBOUND13 — Chris (@cgenglund) June 28, 2013

16.Who doesn't love a catchy rap song? It's a great way to kickstart your morning.

I think that everyone over at Wild Boy would agree. Not only will a good rap sound get you in the mood to get your work done, but it's also a great way to talk about INBOUND.

Don't just take my word for. Wild Boy really wanted to hear a rap about the conference.

Hope to see you at INBOUND. I know everyone here is counting down the days.